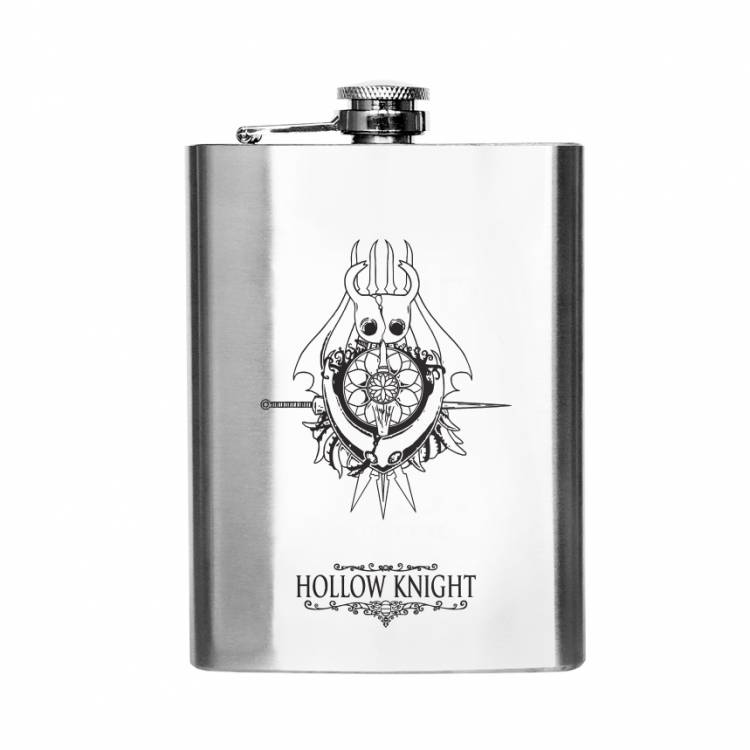 The designer flask from «Hollow Knight». Hollow Knight is a Metroidvania video game developed and published by Team Cherry. The game tells the story of the game's titular Knight, on a quest to discover the secrets of the long abandoned insect kingdom of Hallownest, whose depths draw in the adventurous and the brave with the promise of treasure or the answers to ancient mysteries. A laser engraving.