The best and the worst console to PC ports

This August has become a real gaming holiday for devoted PC users. Games that used to be console exclusives had been finally released on PC, like Yakuza 0, Monster Hunter: World or remastered Shenmue I & II. But there are quite a few downsides to that – many ported games are prone to bad optimization, wonky controls and a bunch of other problems. Most often this happened to games ported from consoles to PC. Why does it keep happening, which games had suffered from porting the most and which were a complete success – keep reading to find out.

Exclusives start their journey to PC

The holy war of «PC vs. console» has been going on for ages. Unfortunately, the “one true gaming platform” users couldn’t really argue with the fact that some games have been accessible only to console users. The console users mock them: “You can’t play Uncharted, The Legend of Zelda, Heavy Rain, cool fightings and awesome games in general!”. PC users might have been claiming that they have much powerful hardware and can play Civilization, Total War and World of Warcraft, but they weren’t really excited about all of this. Yes, we, PC users, could not play those awesome games, even if deep down we really, really wanted to open this new world of exclusives.

There were some notable exceptions, of course. First Halo was ported from Xbox to Windows in two years after its release, the same happened to the first Gears of War. It took just a year for Final Fantasy VII and VIII to be ported to PC. Resident Evil and Silent Hill were quickly ported as well.

It should be noted, though, that with most Microsoft games it was rather a marketing ploy. Both Halo and Gears of War quickly went onto becoming Xbox exclusives. Japanese rarities were suffering a lot of problems during porting process – they often had terrible controls when it came to mouse and keypad. A huge breakthrough happened somewhere between 2011 and 2013 when some iconic games have been successfully ported to PC. The number of console ports have been constantly going up since then. However, we all know that console ports often suffer from various bugs that could only be fixed by multiple patches. UI and controls often fall prey to a variety of problems as well. The troubles just keep piling up. Let’s take a look at few most notable examples of failure.

This game was released in 2005 for Nintendo GameCube and was ported to PC two years later. The controls in Windows version were absolutely terrible. Sourcenext, the company responsible for that port, forgot to put mouse support for aiming, put wrong gamepad buttons in the manual and on top of that managed to mess up while tying in keyboard buttons to the movements. This last mistake made QTE-scenes a complete nightmare – the screen was always showing gamepad buttons even if keyboard was used. Gamers were probably cursing Sourcenext and the day they decided to try and play that excuse of a port. Well, that mishap made a great memory exercise though. If all this wasn’t enough, the PC graphics were much worse than in the original version. The lighting and shadows were way too bad and cutscenes lost their quality too. In GameCube they were being rendered in real time but PS2 and PC versions had them “pre-rendered”. The problems were fixed later on by official and community patches. 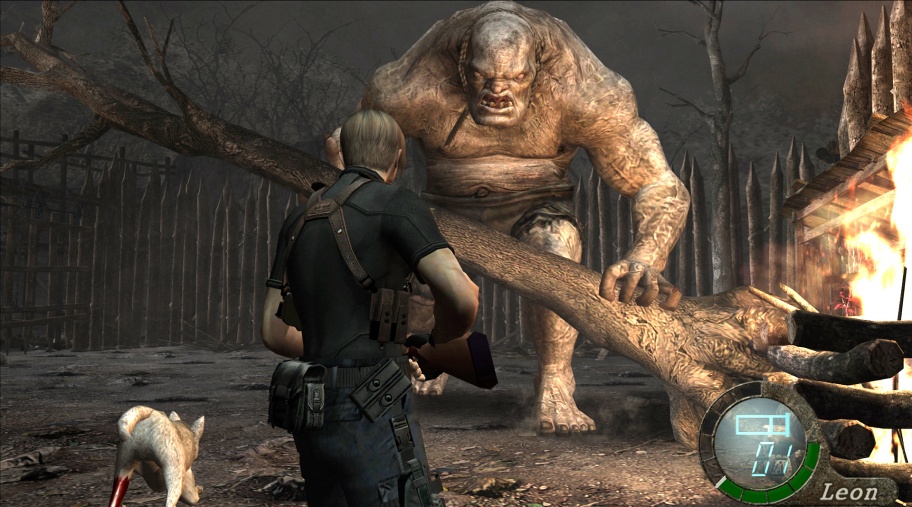 This tree would be a great weapon to show the PC version developers a thing or two!

In 2012 renowned sadomasochistic action/RPG Dark Souls made by From Software was finally released on PC. The developers must’ve been prompted to do it by extremely popular demand from PC users. Initially this version had a really low quality – weird controls, bad code, optimization and high resolution problems, 30 fps lock, and the infamous mouse cursor on the screen. The only ones who somehow benefited from that monstrosity were modders – it was a great chance for them to practice their skills and turn this nightmare into a good gaming experience. It all started with DSfix that added Full HD support and removed the mouse cursor, and then it progressively got better and better. 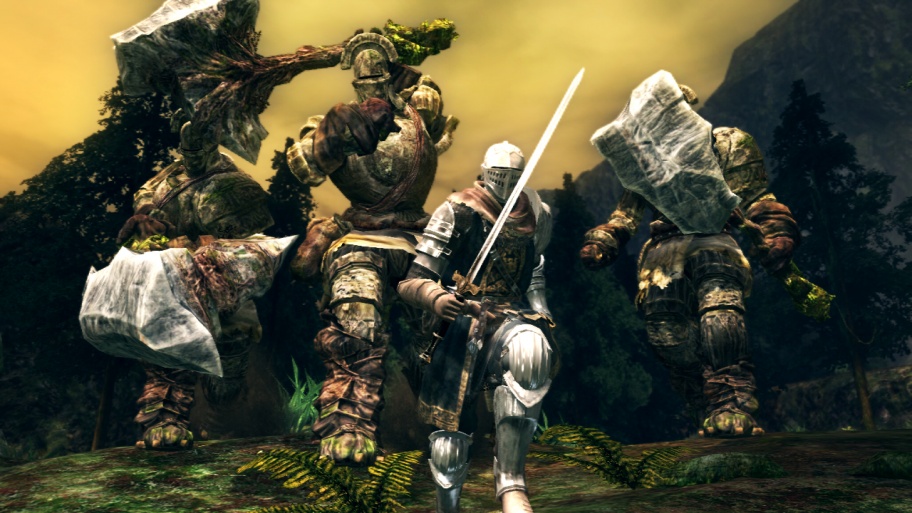 Just as in previous case – developers might deserve a hit or two with those clubs!

You can’t forget Batman: Arkham Knight port – it really made history in the worse way possible. Hideous optimization and a ton of inevitable bugs rendered this game practically unplayable. In June of 2015 the game was finally removed from Steam store. It came back in October of the same year, but nothing really changed and the company offered a refund for the game. After a ton of patches it started to work somewhat good. Still, Batman: Arkham Knight could be played smoothly with no bugs or lags only on a high-end PC like the one in the Bat-cave. 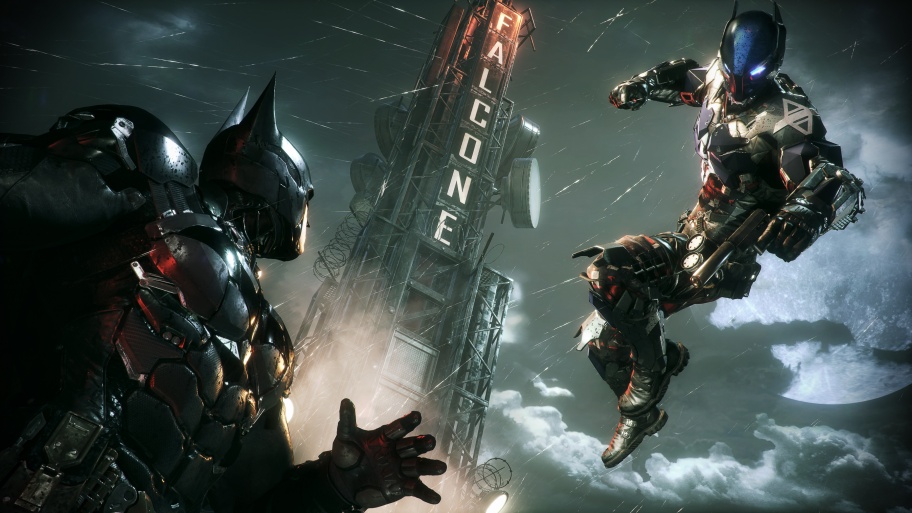 The worst part here is that the game itself is actually awesome.

We could go on for hours about everything that is wrong with that port which came out in 2006 (the game originally was released on PlayStation2 a year before that). But let’s just say that the least of its problems was windowed mode by default. It had all the same problems as any of the aforementioned ports: low resolution, bad gamepad support and actually no indication of gamepad buttons on the screen whatsoever. PC users had to improvise, use community-made patches and delete some stuff manually to have a chance at playing it. 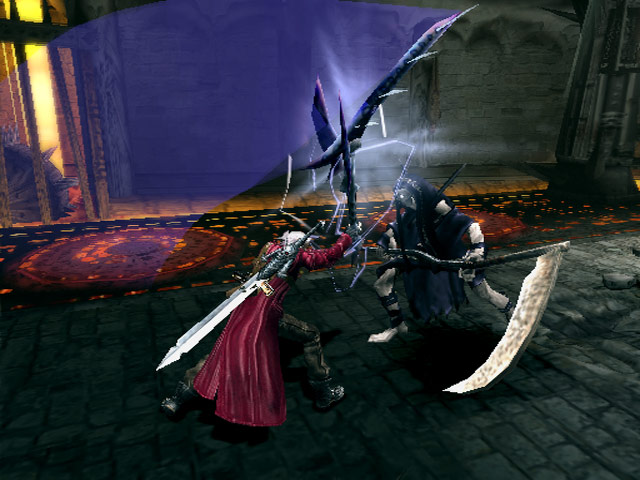 That’s how this beautiful game’s port looked back in 2006.

Now it’s time to look at the developers that didn’t do half-ass job of porting console exclusives to personal computers. Here’s a handful of successful console to PC ports.

Silent Hill did a good job proving that Japanese horrors might work alright on PC (looking at you, Resident Evil 4). It had good graphics, was neatly optimized, the controls were okay and even camera angles didn’t look that bad compared to some other games. Nothing was preventing a gamer from immersing into a deep metaphysical hell of James Sunderland’s subconscious. 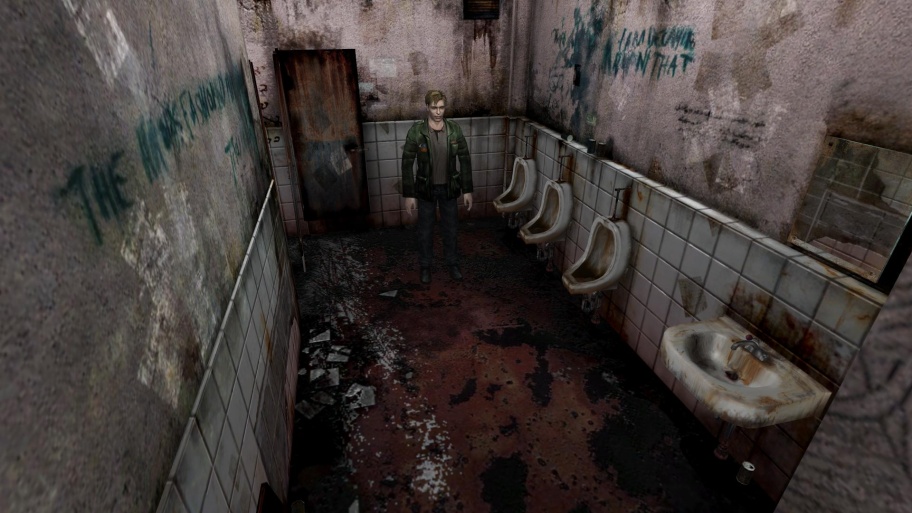 This one is another horror story of a man stumbling through his subconscious and fears in search of his wife. It had been released as a hit exclusive for Xbox 360 made by Max Payne developers in 2010. Two years later it had finally made its way to PC and became an example of porting done right: PC version looked more refined compared to the original, it had full mouse, keyboard and gamepad support and extra graphics options. It’s an absolute wonder to play, and about two million copies sold in Steam can prove that. 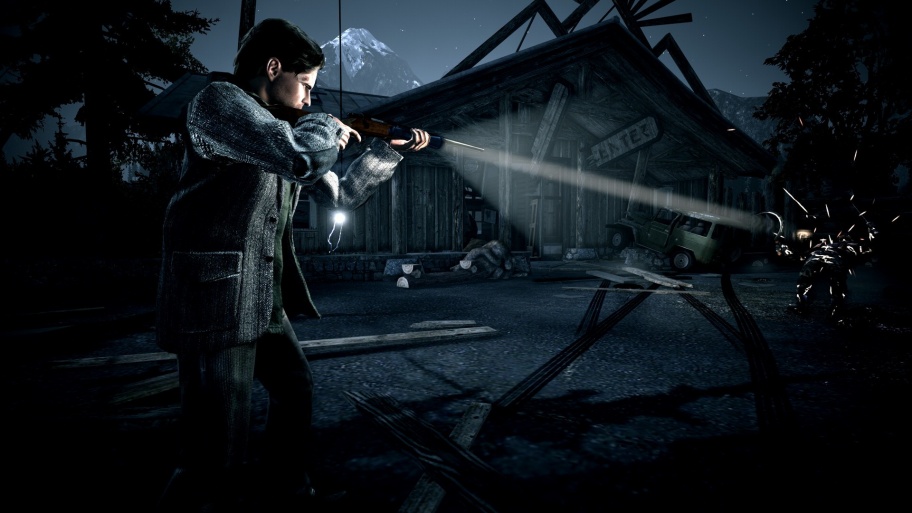 That’s what Alan does to those guys who made Batman: Arkham Knight port.

This yet another installment of cult series didn’t even had time to enjoy being a console exclusive – it was ported to PC in spring of 2015. The developers did a great job optimizing it which is not a general rule with Assassin’s Creed games. 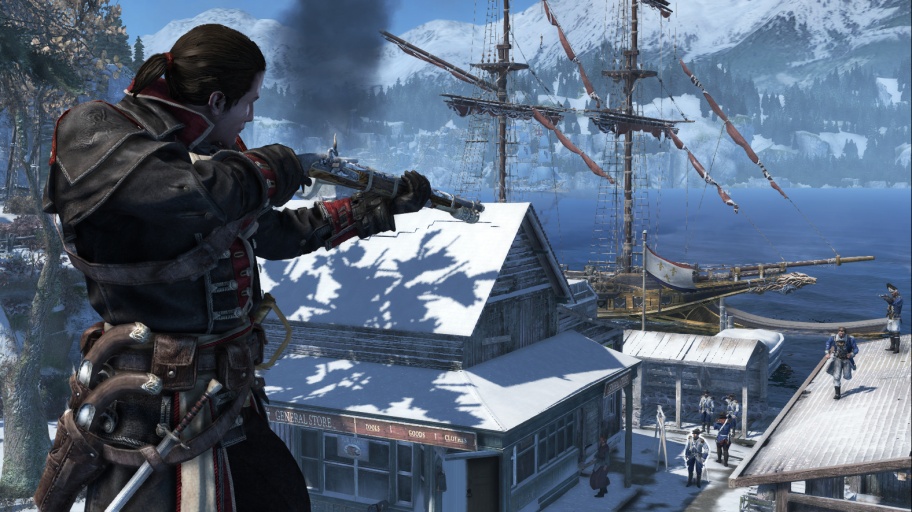 If only all the other games in the series were that neatly optimized!

This game was a ninth installment of the legendary series and was released in 2011 for PlayStation 3 and Xbox 360. Three years later it made its triumphant journey to PC under the name Mortal Kombat: Komplete Edition. That’s when it turned out that «fightings are for consoles only!» statement is a blatant lie. It opened a way for all the other fighting games to be released on PC, which prompted many gamers to buy gamepads (otherwise they had to suffer the unmanageable keyboard combinations). 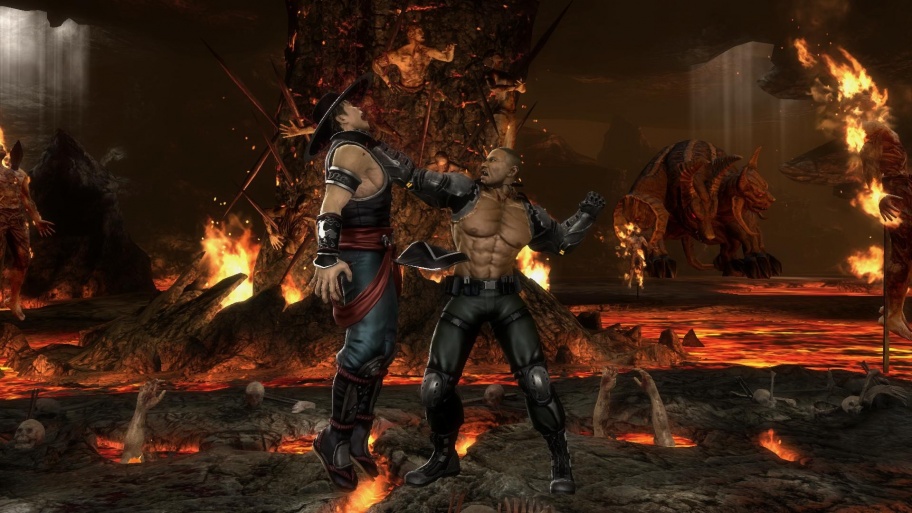 «Did you get your gamepad?»

Do you remember the unsuccessful port of a great slasher Devil May Cry 3? This is the opposite of it. PC version of Castlevania: Lords of Shadow – Ultimate Edition was released in 2013, three years later after the console version. It had better graphics and supported all the fancy technologies – that’s why it looks good even today. There is no 30 fps limit either – everything runs smoothly with 60 frames per second. Yeah, you have to get used to those weird camera angles but the story and the characters are really worth it. 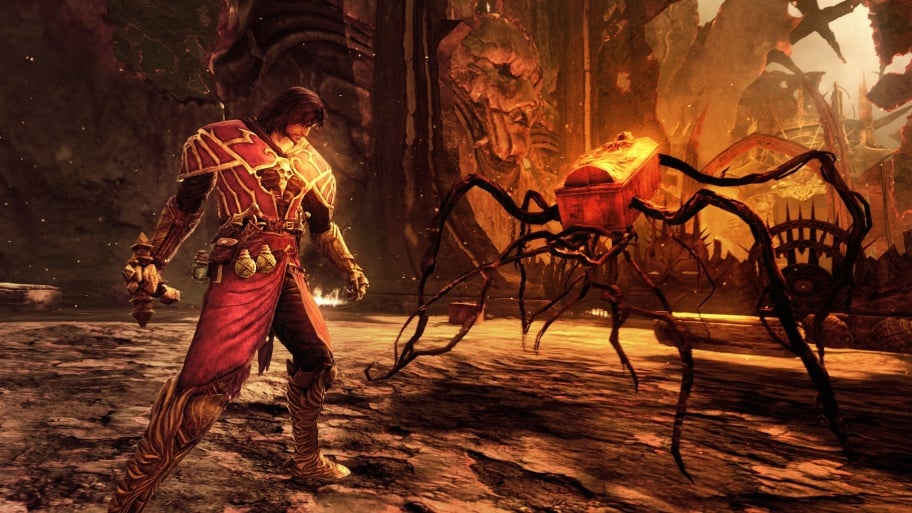 You may like or dislike Final Fantasy XV (like some of us do) but you can’t argue that this port was truly glorious. It has nearly every single piece of content from the console versions, all the season pass content, has a first person view, adds new quests and supports achievements system – not to mention it looks awesome, thanks to all the new technologies. 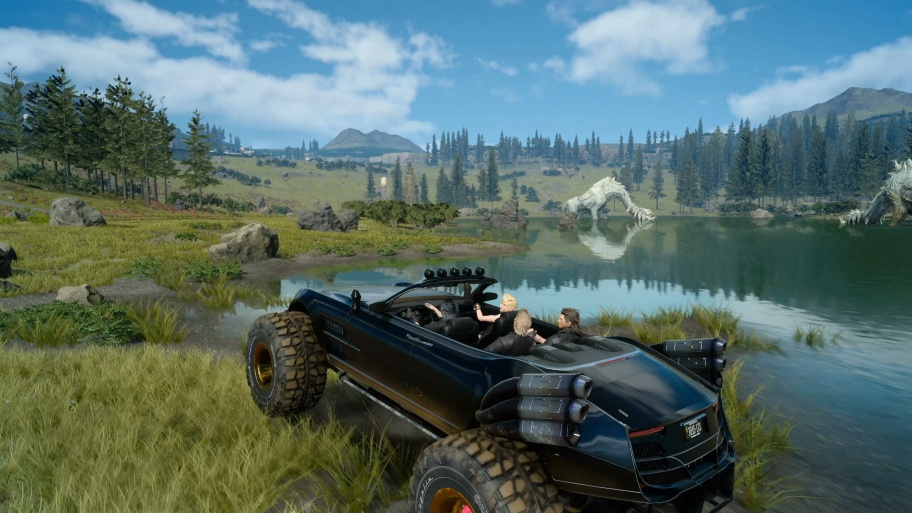 The only thing that looks great here are landscapes… Ah, who am I kidding?

Gears of War was ported to PC almost perfectly, just as Halo: Combat Evolved and Alan Wake were. It couldn’t have been any other way – those games were made by renowned developers praised by the gaming community. It was released in 2007, a year after the Xbox 360 version, and had better graphics, an extra playable chapter, new multiplayer and level editor. 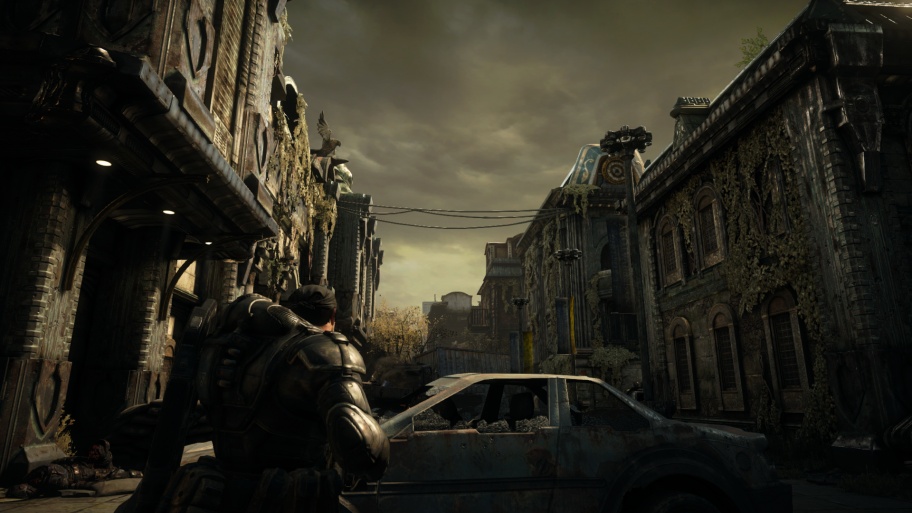 In Ultimate Edition the first part looks as good as any modern blockbuster.

This port could probably be ranked as the best one over the last years. It has aliasing, anisotropic filtering, SSAO, scalable textures, a quick switch between English and Japanese voices and subtitles, and all the beauty of it is presented in full 4K. That is definitely worth all these eight years of waiting since the console release. 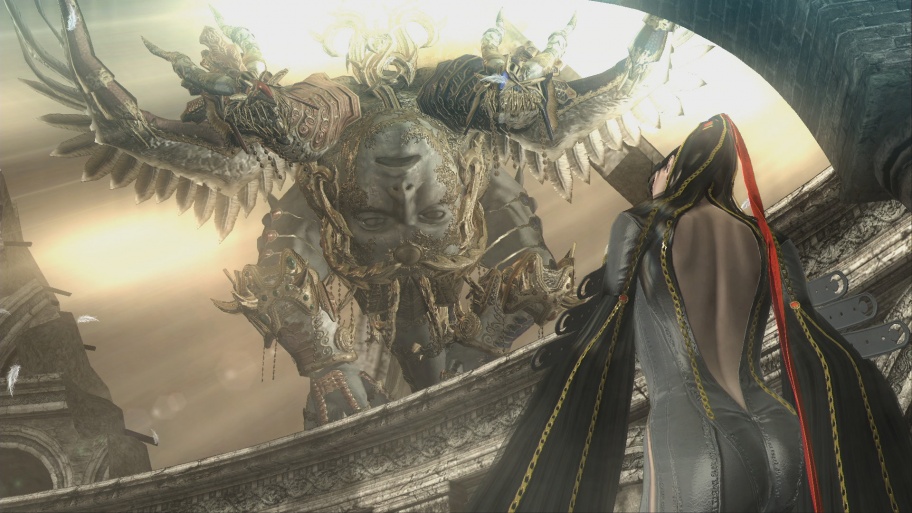 These curves look gorgeous in both versions!

The age of cross-platform games is already there, and the future looks even more promising for PC users than its ever been. The amount of good ports outweighs the number of the bad ones. Platinum Games didn’t stop at Bayonetta and managed to move Vanquish to PC too. Almost every single important Final Fantasy game made it to computers successfully. Not to mention all the big JRPG that are released for PC or ported as remasters or remakes. Microsoft releases all its hit titles both on Xbox One and Windows 10. It might be a hell of a job to download them through Windows Store, but still – these games are finally available on the most used gaming platform. The recent releases of Shenmue and Monster Hunter ports proved that even the rare console games could be ported to PC successfully. Everything’s fine and dandy.

Now take a deep breath and imagine yourself playing all the Sony and Nintendo exclusives on your computer, making up for all these years you couldn’t play Halo and Gears of War games… Okay, okay, now wake up and go back to the harsh reality. Yes, exclusives have been there since day one and they are not going anywhere – they are the reason consoles are being sold so well. But still, history proves that sooner or later you might get a chance to play them on PC, even with emulators. Some games are even worth all the laggy controls and low graphics or resolution – say, I wouldn’t mind that. Because modders are getting better day by day.